California native Matthew Modine has carved out an excellent career. One of his first major roles was in Full Metal Jacket. Now a New York resident, Modine heads "Bicycle for a Day," a pro-bike organization. Modine played baseball Hall of Famer Honus Wagner in 2004s The Winning Season and earned a Celebrity Jersey Card in the process. 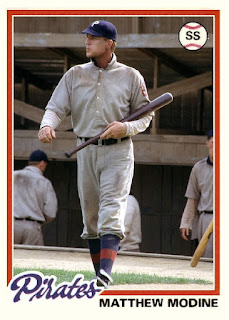 Born in Georgia and raised in Michigan, Jeff Daniels appeared on and off Broadway before jumping to the big screen. His second role was in Terms of Endearment, which won the Academy Award for Best Picture. The tarantobelus jeffdanielsi, a parasite that kills tarantulas, was named to honor his role in Arachnaphobia. Daniels threw out a pitch for the Pittsburgh Pirates and earned his Celebrity Jersey Card. 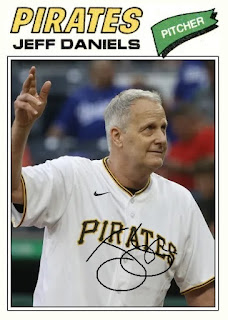