Pinfalls: WWE Clash at the Castle

Tommy Else and I are back with Pinfalls: WWE Clash at the Castle. As always, we take a look at all the matches and make our predictions.

WWE Clash at the Castle airs on the Peacock Network on Saturday, September 3 at 1 p.m. ET from Principality Stadium in Cardiff, Wales. It is the first WWE major stadium event in the United Kingdom since SummerSlam 1992. It is also the first UK WWE PPV since Insurrextion in 2003. The title refers to the nearby Cardiff Castle.

There are six matches announced:

Gunther (c) vs. Sheamus (with The Brawling Brutes)

There are seven predictions, including whether Reigns will retain his title, regardless of the declared winner. I won't give spoilers, but there is a lot of agreement in our predictions. For the year, Tommy has a slight edge on me. Tommy is 21-23, while I am two wins behind at 19-25.

All PPV's are major events, but we agree this one lacks a bit of luster. Of course, there is always the possibility of last minute additions or changes, as well as the usual surprises within the show. 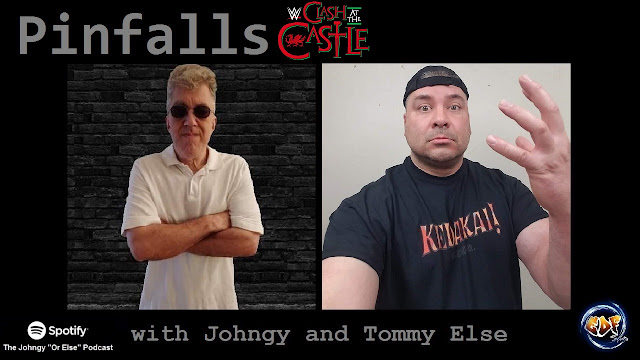