On the Beat With John Bullard of Chicagoland Championship Wrestling

Enduring a hiatus due to world events, CCW is back and looking stronger than ever. After a great debut in October 2020, CCW followed with another fantastic event in June 2021. It's been a bumpy ride through the pandemic for everyone, but CCW weathered the storm. In the absence of live shows, Bullard kept busy by building CCW on other levels.

On October 9, CCW is back with The Return, called a Two Year Anniversary Super Show.

We started the interview by discussing all of this. Putting together a show like this is not an easy task. Coordinating schedules of  international and local stars is a daunting task, but Bullard got it done.

From there, we discussed the Indiana and Chicago area independent wrestling scene, working with other promotions, the future of CCW and more. Bullard discussed several partnerships, including the latest with Liquid Death Mountain Water.

Before finishing our chat, I asked Bullard about his musical endeavors. A skilled musician, he has a lot of fantastic videos on YouTube.

Back in action, CCW has a bright future. Bullard promised to return for an update interview as things develop.

I appreciate Bullard's time and consideration. Check back here and TheEveryDayFan.com for coverage and a recap of CCW's The Return, as well as other wrestling coverage. 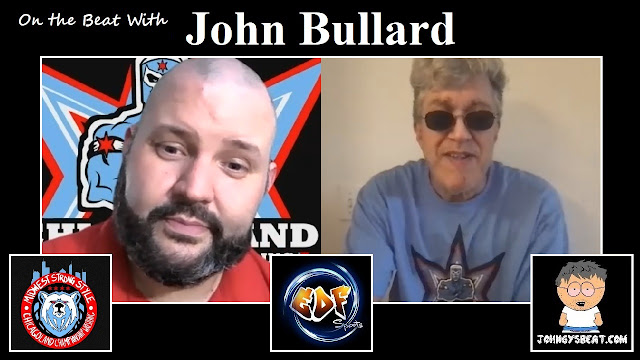