On the Beat With Sam Leterna

Sam Leterna has already accomplished a lot in professional wrestling and she is just getting started. I had the pleasure of interviewing the wrestler-turned-broadcaster to talk about her blossoming career. That interview is at On the Beat With Sam Leterna.

While in her teens, Sam fell in love with wrestling, eventually training under Johnny Rodz, before heading to the Lance Storm Academy in Calgary. During her time with Storm, Sam decided on her ring name. That story is a fascinating slice of exactly who Sam is.

Unfortunately, injuries derailed Sam's in-ring career. While on the sidelines, Sam turned her focus to broadcasting.

Sam discussed her journey including the challenges of transitioning to her new roles, the effort and work required, the response from the wrestling community and more.

The thing that stands out about Sam for me is her thought-process. I mentioned in the interview I admire how much thought she puts into every move.  It seems every step she takes comes with much thought, respect for the business and passion. That combination leads to her success and popularity.

Sam is not afraid to try new things, nor is she afraid to change directions, but each step comes after deep thoughts. She started producing video content via Wrestle Tea. After doing interviews, Sam decided that wasn't her desire. She shifted gears, moving away from in-depth interviews, while still delivering other wrestling content.

Always open and honest, Sam spoke about the different directions of Wrestle Tea. I applaud Sam for her candor in discussing all of this. It's a lesson for everyone, especially those breaking into business. It's okay to change directions to follow your passion.

In addition to Wrestle Tea, Sam recently joined the broadcast crew at Major League Wrestling. She also announced she will be joining the team at Women's Wrestling Army for its next show.

During the interview, we covered all of these topics and more. Sam talked about her respect for wrestling's history, mentioning the Von Erich family, among others. She addressed the idea of moving into acting, an area I think would be a great fit.

I really enjoyed speaking with Sam. Still a young woman, Sam has quite a resume, but more importantly she is a well-grounded, respectful, charismatic person.

Already a fan of her work, my appreciation grew right from when I first approached her for the interview. She graciously and quickly accepted, but asked for a small charitable donation. She even offered other charities if I did not like her first suggestion. Not only does the interview benefit a great cause (the ASPCA in this case), but it shows the interviewer is serious and willing to give back.

Sam reminded me a lot of actress Dana DeLoreno, who I also interviewed. Although Sam is laser-focused with a deep knowledge of her craft, she is fun, quirky and so engaging. She has a brilliant future and I look forward to watching her career progress.

I thank Sam and appreciate her time and consideration. Follow her on social media for all of her updates. Check back here and on TheEveryDayFan.com for our coverage of Sam and the wrestling world. 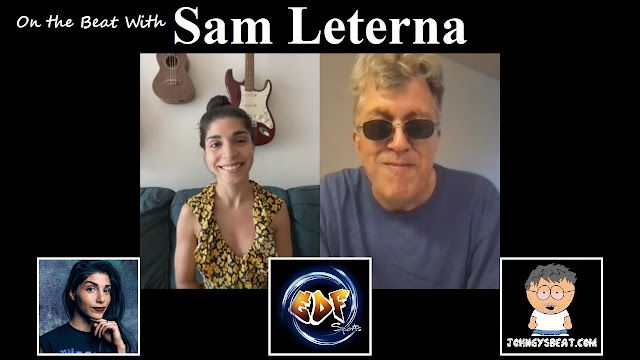