Born in Missouri, Sheryl Crow gained fame in the entertainment world as a singer, song writer and actress. She has sold more than 50 million records and won  nine Grammy awards. Crow has had a couple battles with cancer, but appears to be okay now. Her and her son Levi are diehard Milwaukee Bucks fans, which explains the Bucks Celebrity Jersey Card. She also repped Tennessee Titans and Nashville Predators jerseys while singing the anthem to earn two more Celebrity Jersey Cards. Crow accomplished the rare CLC trifecta without a baseball jersey. 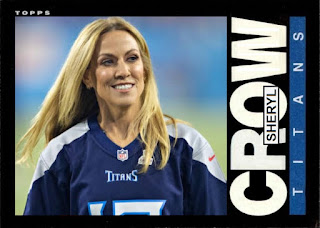 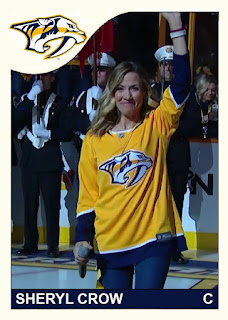 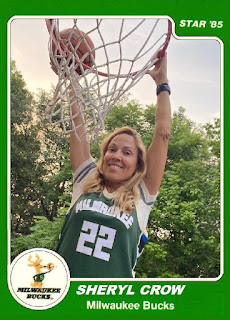