I call this pic "Hac and Jack."  Aren't I clever?  I gave Hac first billing because of his coaching resume (no offense to Jack).
As has been well-documented, Jack Keenan has been with Johngy's Beat for the duration of our coverage of the Chicago Bliss.  Head Coach Keith Hac has been at the helm for that whole time, too.
Over the course of our connection, the Bliss has gone 14-1-1 and won 2 Legends Football League titles.  At 4-0 this season, they look to be a strong candidate to win the LFL title this season, too.
Hac has a brilliant football mind.  I believe he could be successful on any level.  He sees things that others miss.  For years, the Bliss ran a simple, but effective, offense.  People criticized them for being one-dimensional and boring.  I praised them for winning.  Hac just rolled with it.
Then at the last game, out of nowhere, Hac made the Bliss a passing machine.  This took everyone by surprise, even me, although I am not surprised that Hac would surprise people (does that make sense?).
Of course, the critics immediately questioned why he would not have saved the newly discovered air attack for the playoff game against the Atlanta Steam.  Why not take them by surprise then?
There are a few possibilities and all are classic Hac.  Maybe he wanted other coaches to have something else on their minds as they prepared.  Maybe he wanted to give them a "now what?" moment.  Perhaps he just doesn't care.
My guess is a bit of all and probably more or maybe none and even less.  The point being that Hac has built the Bliss into a dynasty.  To him, it doesn't matter what the other teams do, say or think.  Wins are all that matters to Hac and he is racking up a lot of them.
Back to Jack, he took a lot of grief over a poor prediction a while back.  He might have miscalculated his analysis, but he has been invaluable to the Beat's coverage of the Bliss.  Crisp pictures, interview coordination and a lot of fun are on his Bliss resume.
Hac and Jack...two big reasons I enjoy covering the Bliss. 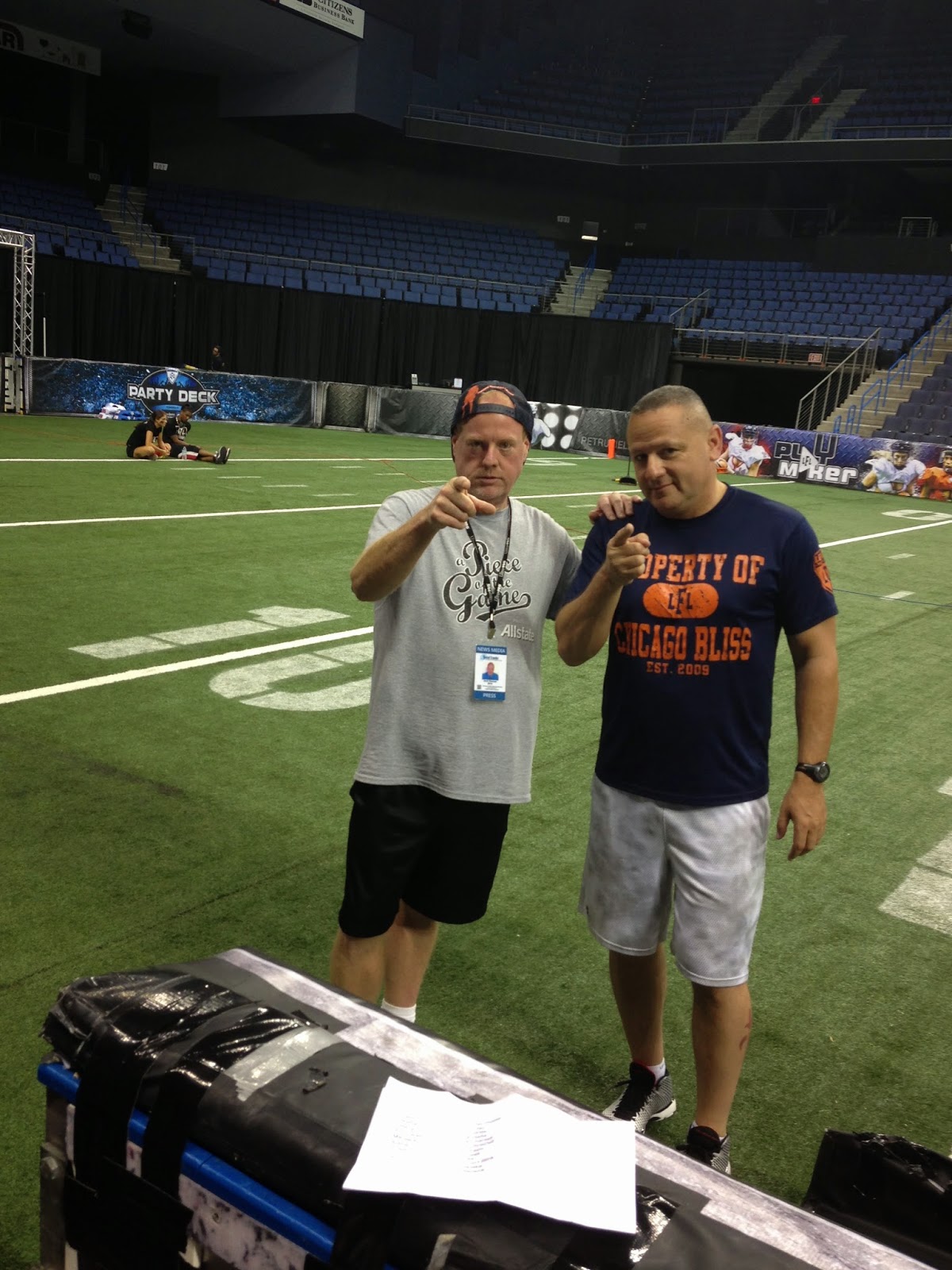 Jack Keenan and Keith Hac in Ontario, CA-September 2014.
Posted by Johngy at 6:00 AM