The Backup Catcher Hall of Fame is the brainchild of Cuzz Gekas and myself.  It started with trivia on long road trips and grew from there.  We both have a deep respect and affinity for backup catchers.  We recognize their understated value and their lack of exposure.  The BCHOF is our attempt to do something to salute the very best backup catchers.  We hope that everyone sees our sincerity, especially the inductees.  We really wanted to highlight these under-appreciated players.
We set up some guidelines for eligibility (which can be found in previous posts on the BCHOF here) and started with backup catchers from our lifetime (basically post 1960).  It is a work in progress.  We know there are a lot of other worthy candidates and we will get to everyone in time.
To recap our previous enshrinees......

PAT CORRALES
Pat Corrales was born in Los Angeles, California in 1941. While attending Fresno High School he not only was a star baseball player, but earned All-City honors as a guard and linebacker on the school’s football team.  Shortly after graduation the Philadelphia Phillies signed him to a contract. After toiling in the minors for several years he made his major league debut with the Phillies in 1964. He was their backup catcher through the 65 season and was named to the Topps All-Rookie team that year.  He then spent two years in the St. Louis Cardinals organization before being traded to the Cincinnati Reds. From 1968 through 1971 he served as a backup catcher to Hall of Famer Johnny Bench. Corrales finished up his career spending two seasons with the San Diego Padres. Over the course of nine seasons Corrales played in 300 games and batted .216, however, he was known as a good defensive catcher and a student of the game. This was apparent as in 1978 he was named manager of the Texas Rangers, becoming the first Mexican-American manager in the major leagues.  He also went on to manage the Philadelphia Phillies and Cleveland Indians. Corrales was also on the coaching staff of the Atlanta Braves throughout the 1990s, a team that enjoyed unprecedented success including winning the 1995 World Series. 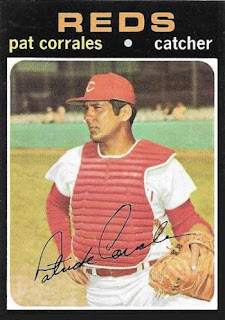 TOM PRINCE
Tom Prince enjoyed a 17 year career in the major leagues as a backup catcher for five different teams. He broke into the majors in 1987 with the Pittsburgh Pirates and in 1993 singed as a free agent with the Los Angeles Dodgers. There he backed up perennial all-star Mike Piazza until 1998. Prince’s value as a backup was evident as the Phillies, Twins and Royals all sought his services up until his retirement after the 2003 season. Prince was noted for his defense as his career .992 fielding percentage attests. Overall he appeared in 519 games, with 1190 at bats for a .208 batting average and 24 homeruns, but his dependability and strong clubhouse presence made him an asset to his team. Not surprisingly Prince became a manager after his playing days and is currently the skipper of the Altoona Curve of the Eastern League. 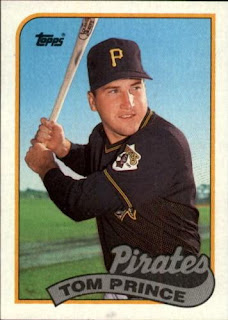 BILL FAHEY
Bill Fahey was a number one draft choice of the Washington Senators in the 1970 secondary phase of the major league draft. A left handed hitting catcher, the Senators envisioned him taking over from journeyman Paul Casanova as their regular catcher. Fahey’s initial struggles at the plate sent him to the minors; however he was called back up to the majors in 1974. By this time the Senators had relocated to Texas and their regular catcher was Jim Sundberg. Fahey spent the next four seasons backing up the ironman Sundberg before being traded to the San Diego Padres. He enjoyed his best year with the Padres in 1979 batting .287 in 209 at bats. Fahey finished his career playing three seasons with the Detroit Tigers. Over 11 major league seasons Fahey appeared in 383 games and batted .241. He showed great perseverance throughout his career and after his playing days was a member of the coaching staffs of the Tigers and San Francisco Giants. Fahey also has an MLB legacy, as his son, Brandon Fahey was an infielder with the Baltimore Orioles from 2006-2008. 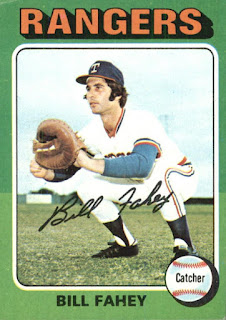 GARY BENNETT
Gary Bennett was a star athlete at Waukegan East high school in late 80s. He was drafted by the Philadelphia Phillies in 1990 and broke into the majors in 1995 to begin his long journey as a backup catcher. After bouncing around with several teams he landed with the St. Louis Cardinals in 2006. That year he backed up Yadier Molina and appeared in 56 games behind the plate, as the Cardinals went on to win the World Series over the Detroit Tigers. Bennett finally called it quits in 2008 and although not known for his offense retired with a respectable .241 lifetime batting average in 587 games. He was known as a good handler of pitchers and produced a .991 fielding percentage. Bennett remains close to the game and is currently the Advanced Catching Instructor of the Slammers Baseball and Softball Training Academy in Lake Forest, Illinois. 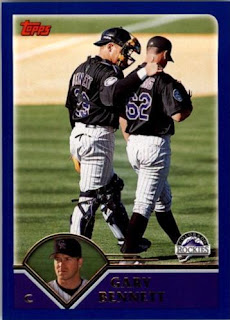 ARNDT JORGENS
The Backup Catcher Hall of Fame is proud to introduce the second “Veterans” inductee; Arndt Jorgens. Jorgens was born in Norway in 1905 but moved to Chicago as a youngster and prepped at Lane Tech High School. He broke into the majors with the New York Yankees in 1929 and played with them for 11 seasons. The Yankees starting catcher during that time was Hall of Famer Bill Dickey, so Jorgens playing time was quite limited. Still he managed to appear in 307 games and hit .238 in 738 at bats while providing solid defense. The Yankees won five World Series championships during this time, although Jorgens never appeared in a World Series game due to Dickey’s durability and excellent play. Jorgens passed away in 1980 in Wilmette, Illinois at the age of 74. 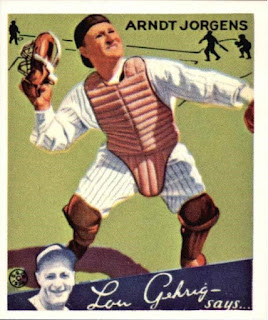 I wrote an accompanying piece for Tru School Sports at Backup Catcher Hall of Fame: Class of 2015.  Take a look when you have time.
Posted by Johngy at 6:00 AM

Great post! Glad to see you're writing for Tru Sports too. Brendan is a great guy with tons of sports knowledge.