This is a regular series which attempts to combine my passion for trading cards with my interest in celebrities.  Our last Celebrity Jersey Cards segment featured the two worst teams in baseball.  Today, we are featuring representatives of the two best teams.

First up is Joel Osteen representing the surprising Washington Nationals.  Maybe they aren't all that surprising and maybe Osteen is bringing some divine intervention.  My real question is why is he wearing a Nationals jersey and not one of the Texas teams' jerseys? 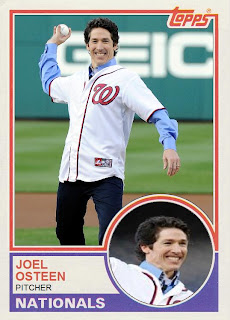 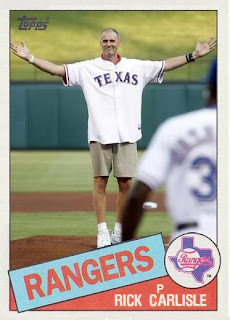 I was in Houston when Joel appeared at that game with the National jersey ... the Houston newspeople were not happy ...