This is a regular series in which I attempt to combine my lifelong passion for baseball cards with my semi-professional interest in celebrities.  Today, I feature two old school celebrities representing teams who lost in last week's playoff games.

When we last saw billionaire Warren Buffett on a Celebrity Jersey Card, he was repping the Kansas City Royals on a sharp 1952 Topps card.  This time, my creation for his first football jersey appearance pre-dates Topps.  Buffett wore the #90 in support of his friend Ndamukong Suh, who might have been playing in his last game with the Detroit Lions.  Apparently, Buffett and Suh are friends. 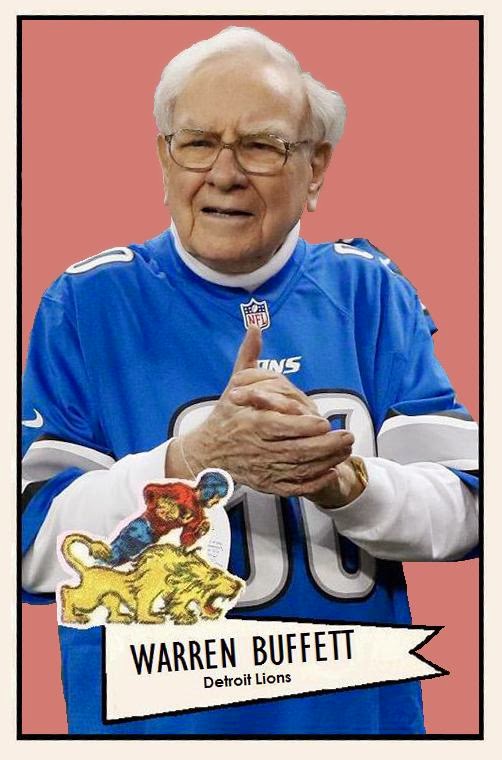 Musician Charlie Daniels was born in North Carolina.  I am guessing his #7 Ben Roethlisberger jersey is more of a byproduct of him performing in Pittsburgh, than actually being a Steelers supporter.   Either way, his Celebrity Jersey Card goes back to 1956. 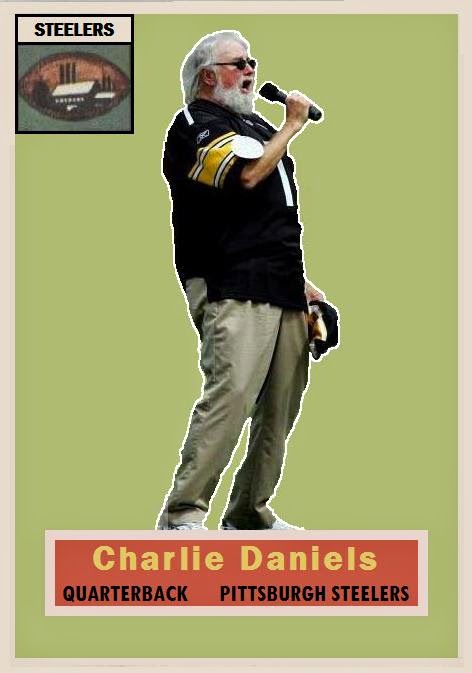