As you all know, Resistance Pro Wrestling and the Chicago Bliss are two of my favorite organizations to cover.  Two of my favorite people within those folks are Eric St. Vaughn and Deena Fagiano.
I'm not sure if the picture below represents the first time these two met, but it definitely was the first time ESV interviewed Fagiano.  That interview can be found at On the Beat with Deena Fagiano of the Chicago Bliss.
A lot of good things have happened to both of these friends since then.  ESV captured tag team gold (with Body Magic partner Brady Pierce).  They are the reigning tag champs, having held the titles for many months now.
Fagiano and the Bliss went on to win a second consecutive Legends Football League title, continuing their dominance.  This season, the Bliss is already 2-0 and on their way to another LFL championship.
I appreciate everything both people and organizations have done for me.  ESV and Deena are especially good interviews and are always willing to do them.  I can't ask for more.  I am also proud to consider them both friends of mine.
"It's Body Magic, y'all" and #3peat.
I think that covers both of their gimmicks! 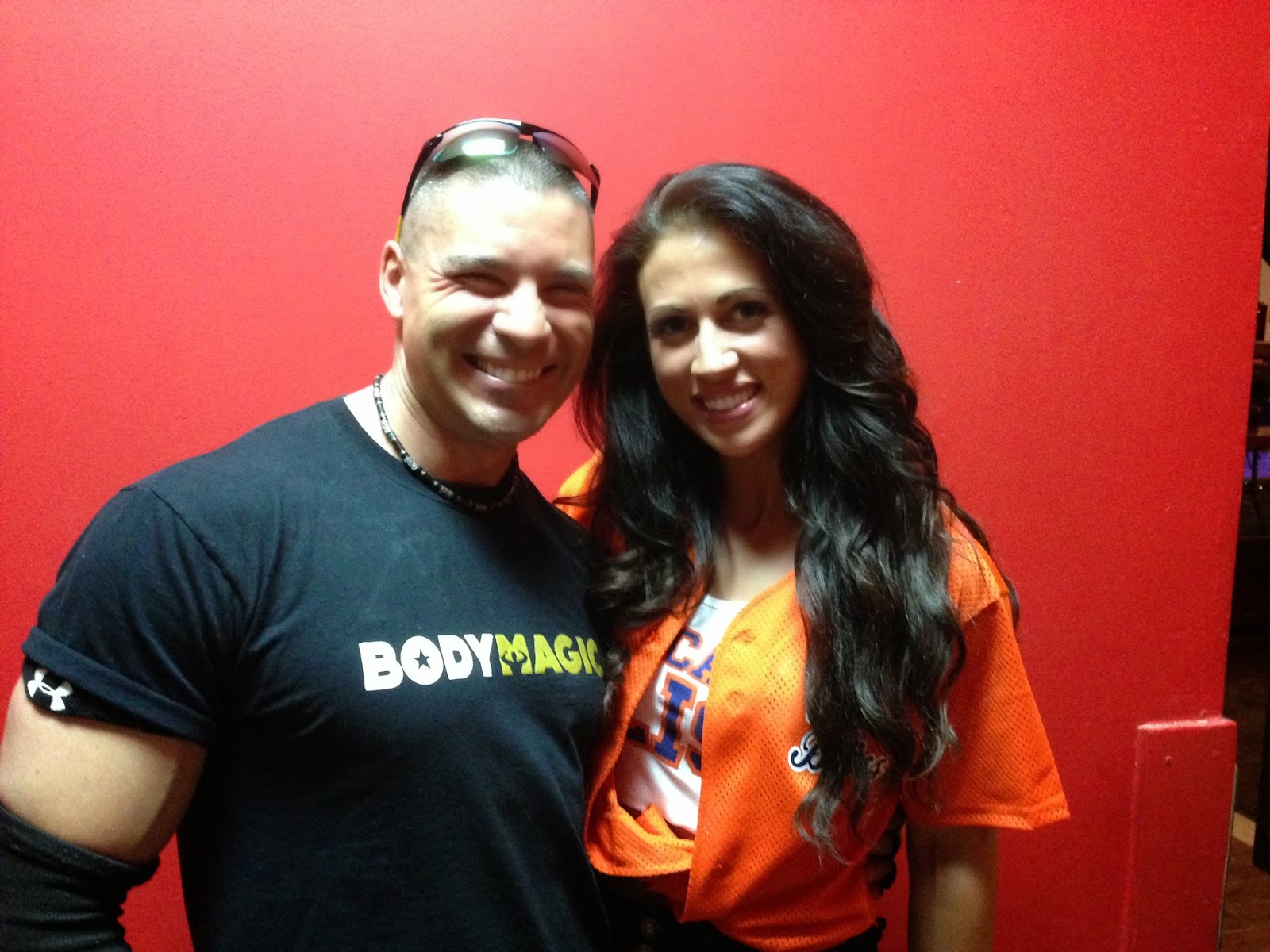