Cards That Never Were: Don Strock

This is a recurring series in which I create cards for players who were omitted from the regular issued sets for whatever reasons.  It is a concept I have borrowed from too many others to credit, but I appreciate all of them.
Last week I featured quarterback Earl Morrall.  Today I am giving the virtual card treatment to his former teammate Don Strock.  Yes, I love backup quarterbacks almost as much as backup catchers.
Strock played from 1974 through 1988, mostly with the Miami Dolphins, finishing with one season with the Cleveland Browns.  During that career, he started 22 games.
Topps saw fit to give Strock a card in 1976, '77, '80, '82 and '83.  I have filled in all of the gaps, except for a 1975 card (his rookie card?).  In my defense, he only appeared in one game and had no stats that year.  I could not find an old enough picture of Strock and I wasn't going to bend the rules and use a more modern picture.
I particularly like my 1979 creation, which featured Hall of Fame QB teammate Bob Griese and HOF Coach Don Shula.  The 1989 card was the most challenging, but I had to give him his Browns love! 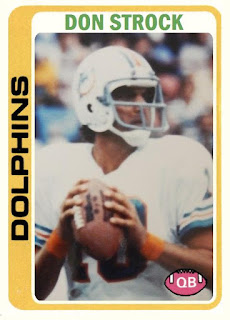 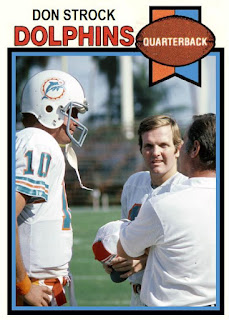 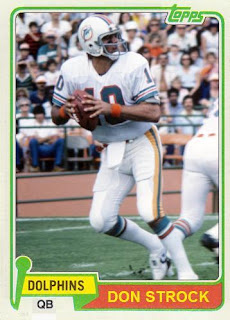 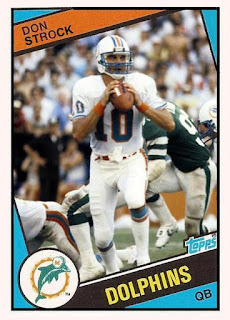 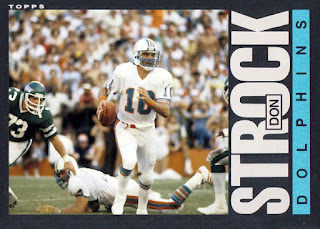 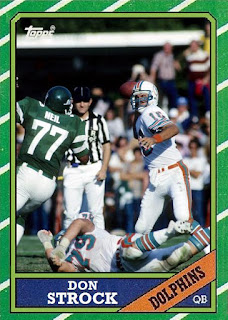 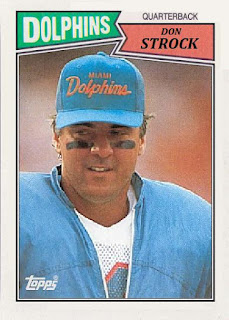 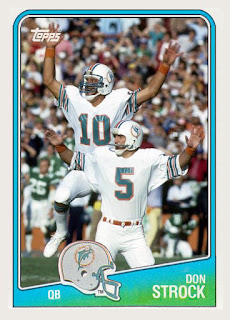 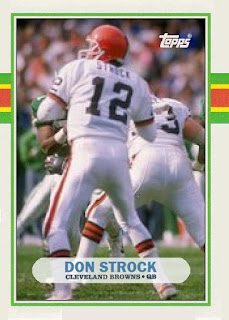