I am looking forward to being back "On the Beat" at the Chicago Comic and Entertainment Expo returning to McCormick Place February 28 through March 1. For now though, I am recalling some of the fun times over the previous years there.
I have known Kurt Dinse for many years. He describes himself as an artist and illustrator and also "slightly impaired." I might argue the "slightly" part. He is very impaired, but in a great way.
Kurt's twisted takes on pop culture caught my eye years ago and I continually marvel at his creativity. He also does completely original art, which is excellent, but i truly love his versions of things like sports logos, Scooby and more. 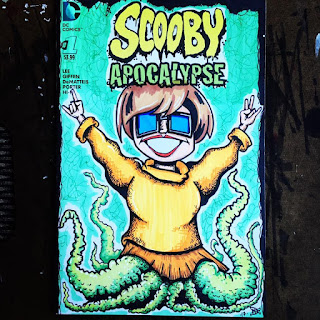 In addition to his artistic creativity, Kurt is a fun guy. I always look forward to catching up with Kurt at conventions. Hopefully, I will see him at C2E2 again this year.
Go to C2E2.com for more info and follow C2E2 on Facebook for more frequent updates. Also go to PungentBasementArt.com for more info on Kurt. 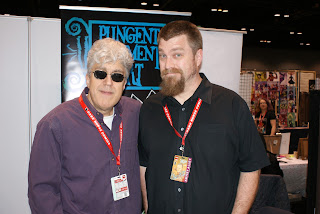