Celebrity Jersey Cards is a weekly series in which I create virtual trading cards for celebrities wearing sports jerseys. Today, I continue to march alphabetically through all MLB teams.

Born in New York, Robert Smigel honed his comedic skills in Chicago. Smigel has been a writer on Saturday Night Live, as well as The Conan O'Brien Show. He has gone on to write, act and do voice work in many other projects. Smigel played in a Big Slick charity softball game in Kansas City to earn his Celebrity Jersey Card. 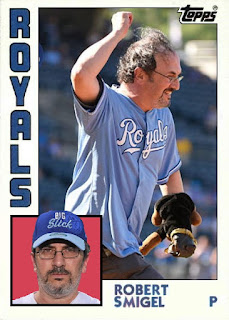 New Jersey native Paul Rudd's family moved to Kansas City when he was 10. The actor was named People magazine's "Sexiest Man Alive" in 2021. Perhaps even bigger, he got a Celebrity Jersey Card from his appearance in a Big Slick charity softball game. 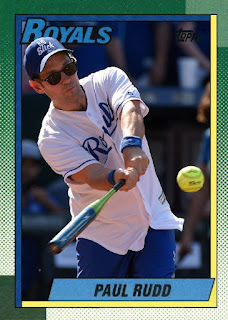