On the Beat With Kassidy Sauve

Having interviewed women in four of the five major sports, I was long overdue on frozen pond. Last week, I was “On the Beat” with Buffalo Beauts goaltender Kassidy Sauve to score my first. That interview is at On the Beat With Kassidy Sauve.

A native of Ontario, Kassidy followed her brother's lead and became involved in hockey at an early age. She continued to play on boys' teams for several years, eventually moving on to women's teams.

Kassidy played collegiately at Ohio State. Although she missed more than one full season with hip and leg injuries, she still established herself as a top netminder. Her 22 shutouts are an OSU record.

After Ohio State, Kassidy joined the Clarkson Golden Knights as a post-grad player. Continuing her stellar play, she set a university record for saves and was named an Eastern College Athletic Conference Third Team All-Star. She was also twice named the ECAC Goaltender of the Month.

Kassidy represented her native Canada on the international stage and also played on other teams in North America and overseas  In June of 2022, Kassidy signed with the Beauts of the Premier Hockey Federation.

Our interview started with Kassidy discussing all of this, including the switch from male to female teams. When I asked Kassidy my big question about women playing in the NHL, her answer was slightly surprising, yet extremely interesting and positive.

For the record, I do think a woman could play in the NHL. I think goalie would be the best chance. In 1992, Manon Rheaume played in a preseason game for the Tampa Bay Lightning.

Now though, there are many more options for players like Kassidy. The Beauts play in the Premier Hockey Federation, a professional hockey league. Founded in 2015 as the National Women's Hockey League, in 2021 it was rebranded the PHF. Now it's a seven team league, with more plans to expand. Players are paid, health benefits are offered and other such components of a true pro league.

Kassidy has played three games this season, compiling a 3.33 goals against average with .902 save percentage. Unfortunately, the Beauts are off to a tough start at 1-6-1. With a schedule stretching into March, there is still time to get on track.

Planning on playing several more seasons, the 26 year old mentioned she would like to reach her jersey number of 32. There are no teams near my Chicago home, but as Kassidy states, with expansion, a Chicago (or nearby) team could happen. I promised to be at any such game, should this happen.

I really enjoyed my first foray into women's hockey. Kassidy shed a lot of light, not just on her career, but the sport and its future. Things look brighter than ever for women's hockey and Kassidy plans on being a part of that growth.

Go to PremierHockeyFederation.com for more info on Kassidy, the Beauts and all of the PHF. Check TheEveryDayFan.com for more sports coverage. 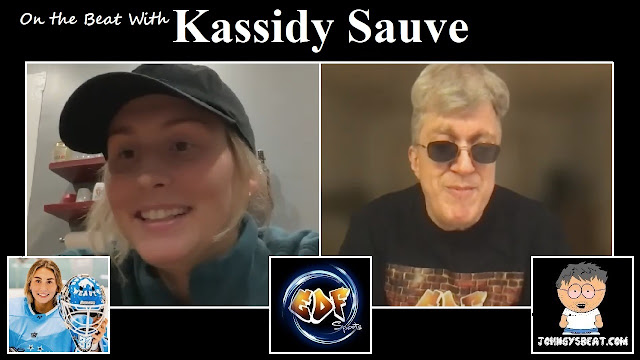